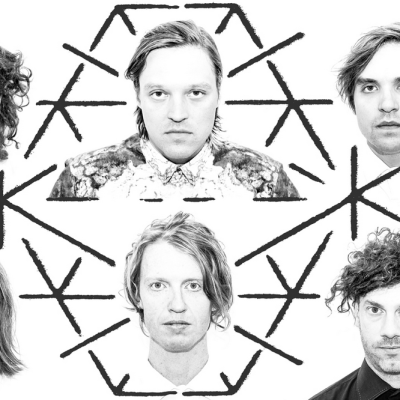 The band came to prominence in 2004 with the release of their critically acclaimed debut album, Funeral. Their second studio album, Neon Bible, won them the 2008 Juno Award for Alternative Album of the Year. Their third studio album, The Suburbs, was released in 2010 to critical acclaim and commercial success. It received many accolades, including the 2011 Grammy for Album of the Year, the 2011 Juno Award for Album of the Year, and the 2011 Brit Award for Best International Album. In 2013, Arcade Fire released their fourth album, Reflektor, and scored the feature film Her, for which band members William Butler and Owen Pallett were nominated in the Best Original Score category at the 86th Academy Awards.

“Sometimes it takes 20 years to write a song.”

Listen up, because we’re going to play this scene out together.

Music that helped us weather the decade — one power chord at a time.

by Tyler Clark and CoS Staff
10 comments

Exclusive releases from U2, Jenny Lewis, and The Weeknd also make up this year’s offerings.

The newest entry in the band’s Foo Files centers around their 2007 album, Echoes, Silence, Patience and Grace.

Samantha Lopez explains how “Wake Up” was the very call a desperate young girl once needed.

Band celebrates the 15th anniversary of their debut LP, Funeral, with a high-definition remaster.

by Wren Graves
0 comments
Next
Popular