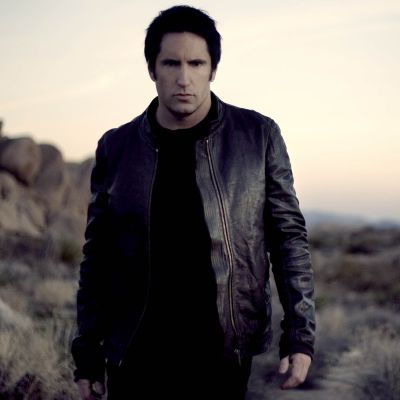 Nine Inch Nails (abbreviated NIN; stylized as NIИ) is an American industrial rock band, founded in 1988 by Trent Reznor in Cleveland, Ohio. As its main producer, singer, songwriter, and instrumentalist, Reznor is the only official member of the group and remains solely responsible for its direction. Nine Inch Nails' music straddles a wide range of genres. After recording a new album, Reznor usually assembles a live band to perform with him. The touring band features a revolving lineup that often rearranges songs to fit a live setting. On stage, Nine Inch Nails often employs visual elements to accompany performances, which frequently include light shows.

Underground music audiences warmly received Nine Inch Nails in its early years. Reznor produced several highly influential records in the 1990s that achieved widespread popularity: many Nine Inch Nails songs became radio hits; and their entire catalog has reached record sales exceeding over 20 million albums worldwide, with 10 million sales certified in the United States alone. In 1997, Reznor appeared in Time magazine's list of the year's most influential people, and Spin magazine described him as "the most vital artist in music." In 2004, Rolling Stone placed Nine Inch Nails at 94 on its list of the 100 greatest artists of all time. Despite this acclaim, the band has had several feuds with the corporate side of the recording industry. In 2007, these corporate entanglements resulted in Reznor announcing that Nine Inch Nails would split from its label and release future material independently.

Since 1989, Nine Inch Nails has released eight studio albums. After a hiatus from 2009 to 2013, Nine Inch Nails released Hesitation Marks, through Columbia Records. Prior to this, Ghosts I–IV and The Slip were both independently released in digital form, with physical releases coming later. The digital release of the latter was made available completely free of charge, and the former, while also available for sale, can be acquired legally through means such as file-sharing due to its Creative Commons license. Nine Inch Nails has been nominated for thirteen Grammy Awards and won twice for the songs "Wish" and "Happiness in Slavery", in 1992 and 1996 respectively. In 2014, Nine Inch Nails was named as nominees for induction into the Rock and Roll Hall of Fame, their first year of eligibility. In 2015, they were nominated a second time.

No cause of death was reported, but the accomplished drummer was apparently battling cancer.

HBO is broadcasting the ceremony live for the first time.

To some, “I love you” means violence, stalking, and destruction of property.

by CoS Staff
10 comments

Rarely have your choices for live music been better.

by CoS Staff
9 comments

“It feels pretty good… I’m allowing myself, for a limited period of time, to feel good about this.”

The Notorious B.I.G., T. Rex, and The Doobie Brothers also make up this year’s class.

10 Most Anticipated Legacy Rock Albums of 2020

by CoS Staff
2 comments

This initial slate of releases reminds us that the album is alive and well.

by CoS Staff
0 comments
Next
Popular