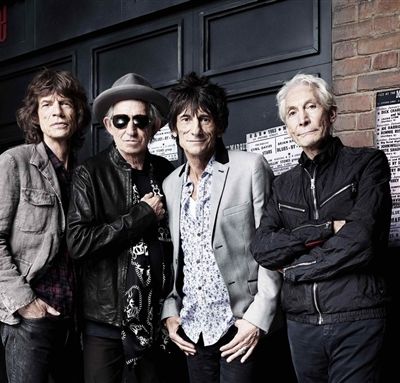 The Rolling Stones are an English rock band formed in London in 1962. The first settled line-up consisted of Brian Jones (guitar, harmonica), Ian Stewart (piano), Mick Jagger (lead vocals, harmonica), Keith Richards (guitar), Bill Wyman (bass) and Charlie Watts (drums). Stewart was removed from the official line-up in 1963 but continued as occasional pianist until his death in 1985. Jones departed the band less than a month prior to his death in 1969, having already been replaced by Mick Taylor, who remained until 1975. Subsequently, Ronnie Wood has been on guitar in tandem with Richards. Following Wyman's departure in 1993, Darryl Jones has been the main bassist. Other notable keyboardists for the band have included Nicky Hopkins, active from 1967 to 1982; Billy Preston through the mid 1970s (most prominent on Black and Blue) and Chuck Leavell, active since 1982. The band was first led by Jones but after teaming as the band's songwriters, Jagger and Richards assumed de facto leadership.

The Rolling Stones were in the vanguard of the British Invasion of bands that became popular in the US in 1964–65. At first noted for their longish hair as much as their music, the band are identified with the youthful and rebellious counterculture of the 1960s. Critic Sean Egan states that within a year of the release of their 1964 debut album, they "were being perceived by the youth of Britain and then the world as representatives of opposition to an old, cruel order—the antidote to a class-bound, authoritarian culture." They were instrumental in making blues a major part of rock and roll and of changing the international focus of blues culture to the less sophisticated blues typified by Chess Records artists such as Muddy Waters — writer of "Rollin' Stone", after which the band is named. After a short period of musical experimentation that culminated with the poorly received and largely psychedelic album Their Satanic Majesties Request (1967), the group returned to its bluesy roots with Beggars' Banquet (1968) which—along with its follow-ups, Let It Bleed (1969), Sticky Fingers (1971) and Exile on Main St (1972)—is generally considered to be the band's best work and are considered the Rolling Stones' "Golden Age". It was during this period the band were first introduced on stage as "The World's Greatest Rock and Roll Band". Musicologist Robert Palmer attributed the "remarkable endurance" of the Rolling Stones to being "rooted in traditional verities, in rhythm-and-blues and soul music", while "more ephemeral pop fashions have come and gone".

The band continued to release commercially successful records in the 1970s and sold many albums, with Some Girls (1978) and Tattoo You (1981) being their two most sold albums worldwide. In the 1980s, a feud between Jagger and Richards about the band's musical direction almost caused the band to split but they managed to patch their relationship up and had a big comeback with Steel Wheels (1989), which was followed by a big stadium and arena tour. Since the 1990s, new recorded material from the group has been increasingly less well-received and less frequent. Despite this, the Rolling Stones have continued to be a huge attraction on the live circuit, with big stadium tours in the 1990s and 2000s. By 2007, the band had made what were then four of the top five highest-grossing concert tours of all time (Voodoo Lounge Tour (1994–95), Bridges to Babylon Tour (1997–99), Licks Tour (2002–03) and A Bigger Bang Tour (2005–07).

The Rolling Stones were inducted into the Rock and Roll Hall of Fame in 1989, and the UK Music Hall of Fame in 2004. Rolling Stone magazine ranked them fourth on the "100 Greatest Artists of All Time" list, and their estimated album sales are above 250 million. They have released twenty-nine studio albums, eighteen live albums and numerous compilations. Let It Bleed (1969) was their first of five consecutive number one studio and live albums in the UK. Sticky Fingers (1971) was the first of eight consecutive number one studio albums in the US. In 2008, the band ranked 10th on the Billboard Hot 100 All-Time Top Artists chart. In 2012, the band celebrated its 50th anniversary.

Album Review: The Rolling Stones – Some Girls [Deluxe Edition] A+

The 15 affected dates include Nashville, San Diego, Vancouver, and Austin.

Singer-songwriter also discusses how he returned to his roots on his latest album, And It’s Still Alright.

The “No Filter Tour” returns to the US for 15 more shows.

The Rolling Stones guitarist admitted that kicking heroin was easier than quitting smoking.

Foy Vance on Going From Muscle Shoals to Memphis

Northern Irish singer-songwriter discusses how he found soul in Americana.

50 Reasons We Still Love The Rolling Stones’ Let It Bleed

It’s the pivotal record on which the Stones finally start getting some satisfaction.

Elton John, The Who, Fleetwood Mac, and several other legendary acts are out on the road.

Packaged with remastered versions of the album, signed lithographs, and rare photos.

The groundbreaking photographer and documentarian followed the Stones on their 1972 tour.

by Michael Roffman
2 comments
Next
Popular