I’m a Pop Singer and Spotify Works for Me 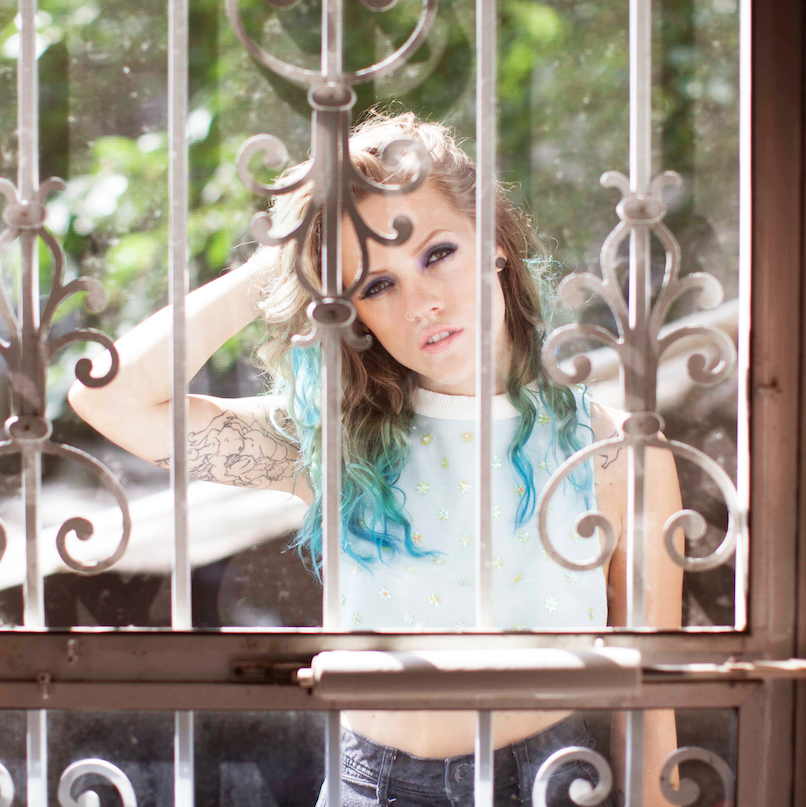 Component is a section of Aux.Out. for one-off pieces, special editorials, and lost orphans of the music discussion. Today, Catey Shaw delivers an op-ed about her experience with Spotify as an independent pop singer, and how that differs from that of Taylor Swift.

The Internet is buzzing with the news of Taylor Swift’s big move away from Spotify. Artists are firing up their torches and grabbing their pitchforks (lol) to slay the gnarling, evil dragon that is streaming. Now, as much as I love the idea of sticking-it-to-the-man and challenging the system and whatnot, I think I’m gonna stick with my boi, Spotify, on this one. Taylor’s benefit from removing her music from Spotify is simple — she is making her product virtually unavailable for free, which will (in theory) cause more people to go pay for her albums, not to mention the press she’s getting around her new release. I’ll get to why that applies to virtually no one but her a little later, but I’m not here to talk about Taylor Swift. I’m here to talk about Spotify, and how it is a crucial tool in the development of my indie-pop career.

Streaming services, Spotify in-particular, are a completely different beast from iTunes and other online retailers. Spotify does one thing that many don’t take into account (or don’t take seriously enough), which is apply the social aspect of music to the listening process. Artists and listeners can create and share playlists with followers, connect with Twitter and Facebook, follow friends, and discover new music organically. As an indie artist, I’ll jump at any opportunity to connect my name and music with fresh ears. Every time I upload something to Spotify, my followers get a notification. When they listen to it, their Facebook friends see my name and may very well give it a listen themselves. From there my songs have an opportunity to spread like wildfire, or at least a juicy rumor. In any case, those are listeners that I had no access to before. Every time someone adds me to a playlist, with millions of subscribers or just a few, it’s an almost guaranteed play. Today it seems to be less about selling records and more about getting plays. With the obvious shift in the music business in mind, Spotify becomes a service that would be silly to brush aside.

Here’s an example. One of my songs currently has 1,513,757 plays on Spotify. The plays just started rolling in one day, seemingly out-of-nowhere. After a few weeks of rapid increase in streams, I was told by a friend from high school that she heard it on a Spotify playlist called, Smart is the New Sexy. After that playlist, it popped up on a few more, and now, less than a year later, my song has well over a million plays. Over a year ago I played the song on daytime television and it aired nationally three times that day, which gave me a tiny sales spike and a handful of Facebook likes, but nothing significant. Since then I haven’t really promoted the song at all. I don’t even play it at my shows. It’s from my first release, and the sound of it just doesn’t really fit in with what I’m going for right now. My opinion on the song aside, it’s now kicking ass with virtually no effort on my part. One playlist put that song in business for me.

So now I’m all about playlists and the sharing aspect of spotify. By being active on my account (creating and updating playlists), my name keeps popping up all of the time. And unlike Facebook, where the user is immersed in everything from kittens to misogyny to generating energy from vegetables, when my name pops up on Spotify, the person is already thinking about music. I started really utilizing Spotify in April of this year, at which time I had around 600 followers. Today that number is at 2,439. Now, I know that to a major recording artist that number isn’t much. But for me, that means that the next time I release a song, all 2,439 of those humans will be notified. That’s huge for me! When I shared The Brooklyn EP with my followers the whole EP was in my top 10 streamed songs by the next day, and remains. In August, I released the video for my song, “Human Contact”, and it got a ton of plays in the first week via Reddit (around 200k). The plays on the video spiked and eventually slowed down, but the Spotify streams kept rising. I’d like to think that was because people fell in love with the song after seeing the video, but when the song was added to the Spotify-curated playlist New Music Tuesdays, the streams went up even more aggressively than Family ever had. Also featured on The Happy Hipster, Sunny Side Up, FEEL GOOD MUSIC and many other playlists, the song has over a million plays, less than three months after its release. Let me say again, I am lovin’ this playlist thing.

Now I could go on all day about how great Spotify is for music discovery (for artists and listeners), but I know what everyone really wants to talk about is Taylor Swift and money. All of the reasons for loving Spotify I’ve stated above mean nothing to an artist like Taylor Swift. People hear her music without trying. Discovery isn’t an issue there. Her music (and face) is everywhere– radio, advertisements, movies, news outlets, blogs on blogs on blogs. Right here! I’m sitting here writing this and you probably clicked on it because of Taylor Swift. Girl does not need any help getting her name out there. But, I maintain that Spotify can still be a useful tool for even the biggest stars, even if snubbing it won’t hurt them. There’s no denying that radio is still the titan- everyone listens to it (obvi) and it’s curated, so no one has to worry about if what they’re listening to is good or cool — they know it is because it’s on the radio. No searching for new music or scanning blogs and record stores. Just turn it on and there you have it: a hit song ready for your ears. But with more and more people getting sick of hearing the same five or six songs all day, virtually every car being produced with streaming capability, and iPhones essentially glued in people’s hands, I see Spotify playlists becoming something of a powerhouse for curated music. I’m not gonna get ahead of myself and say that Spotify playlists could out-do the radio, but I’m not gonna say they couldn’t.

The fact of the matter is it doesn’t make any sense to snub Spotify while releasing through other digital retailers, because the revenue sharing is on the exact same scale. Thirty percent goes to the service, 60% to the owners of the master, and 10% to publishing. Whether or not that is fair is a different discussion, but these are pretty set, standard rates. If Spotify pays 0.005 dollars per stream, it takes roughly 200 plays to match the 1 dollar my song cost on iTunes. When you think about how many times you listen to songs that you love, over time, 200 plays isn’t really that hard to reach. Say a person listens to an album 1000 times. That’s buying the album five times. HypeBot published a great article about this where they compared this idea to that of buying vs. renting.

So why is everyone so up in arms? Change is hard, I know. Selling records made piles of money for a good amount of people in the glory days, but things done changed. Our amazing ex-boyfriend that didn’t quite pan out is now engaged. And we can stay in denial that he’ll leave her and come back to us, but we all know the chances of that happening are slim-to-none. We’ve got to get over it. The music industry very clearly isn’t what it used to be. People don’t see music as something you can buy or own. They treat music like air — absolutely vital, and basically free. And yes, you could suffocate people until they pay up, but that could get messy. Spotify and other streaming services are offering us the opportunity to be a part of this shift, rather than victims of it. To really make a living in this you’ve got to be a businessperson as much as an artist. Record sales alone wouldn’t be enough even if people were buying records. You’ve got to tour, sell merch, market yourself.

To independent artists it doesn’t matter what Taylor Swift does on her Spotify account. As far as I’m concerned, she’s just freeing up some space on the top playlists for the little guys. To spend more of our time trying to push people back to buying records is an exercise in futility. The smart ones will find a different way. Spotify could be that way, and if it isn’t, it can definitely help transition us into a world where streaming is key, and CDs are just plastic circles.

Catey Shaw is a Brooklyn-based indie-pop artist. Her sophomore release The Brooklyn EP, featuring “Human Contact,” is out now. She is on Spotify, Twitter, and Facebook.