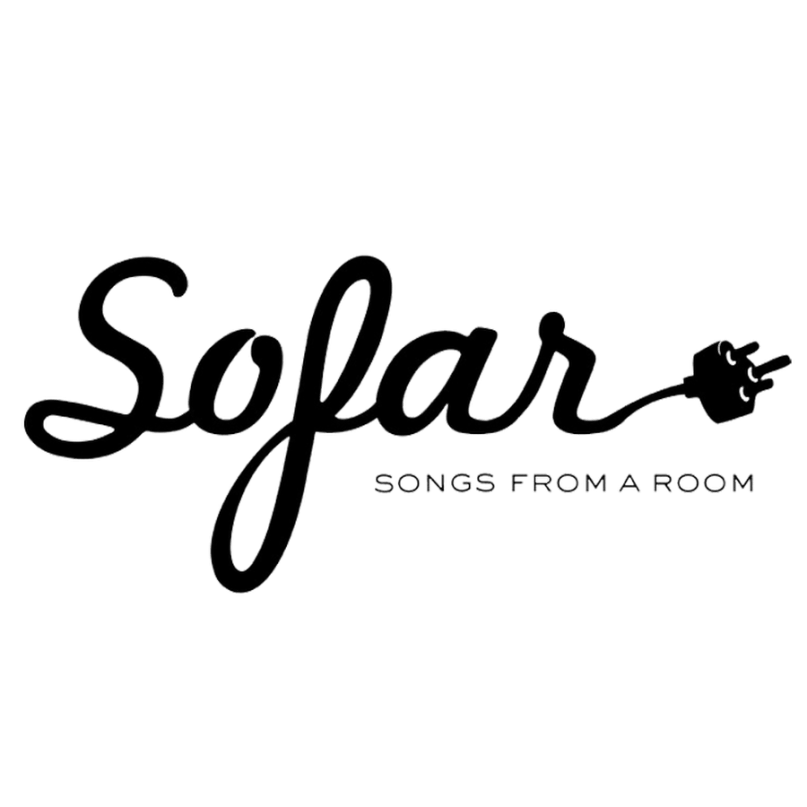 Component is a section of  Aux.Out. for one-off pieces, special editorials, and lost orphans of the music discussion. Today, Hilary Saunders takes us into the world of Sofar Sounds, where a small space provides the setting for unforgettable music experiences.

It’s not quite accurate to say that the first rule of Sofar Sounds is that you don’t talk about Sofar Sounds. It is almost like a secret society — shrouded in mystery, highly selective, and fueled by a revolutionary mentality — but for music lovers.

Sofar seriously enforces some rules, though. You actually have to listen to the music. You need to stop texting during performances. And you’ve gotta stay the whole night.

Its clandestine micro-gigs in unique locations take place in 86 cities across 37 countries around the world. The catch: Attendees in each community have to sign up (and be invited) to attend, and they don’t know where the shows are held until the day before the gig or which artists are performing until show time.

Even as an international curatorial brand, Sofar still maintains its tight-knit identity, as local community members organize, film, photograph, and record the performances by homegrown bands on a volunteer basis. Since music fans themselves created this concert targeting the most passionate music performers and audiences, Sofar Sounds is ultimately changing the way we consume live music.

Sofar, which stands for Songs from a Room, launched in London in 2010 with the intention of creating an alternate live music experience. “We were frustrated sitting at live music events where half the audience talked, texted, or asked for their next drink, drowning out the musician pouring their heart out,” writes co-founder Rafe Offer. “We wanted to create an environment as magical as the music you sometimes hear.”

The very first gig took place in the North London flat of Offer’s now-business partner and co-founder David J. Alexander. They had no expectations, much less a mission or an international legion of devotees. “We thought it would be a little hobby here. We had no idea it would ever spread!” Offer says.

But the gigs, taking place in living rooms and studios across London, grew in popularity. The guest lists became more competitive, and the celebrity of the performers grew. Robert Pattinson, best known for his acting role in the Twilight series, performed in the early days, and more recently pop outfit Bastille and electropop duo Sylvan Esso have jammed at London Sofar gigs.

Sofar’s team began wondering if others, even outside of England, felt the same way. Offer, who previously held senior marketing positions with major companies like Disney and Coca-Cola, has years of experience in developing audiences. “So,” he says, “I called friends first in New York and Paris and asked them to try it and see what happened.”

Now Sofar has five full-time contracted consultants on two continents. They have, on average, monthly shows in more than 80 cites with more demand than supply (as noted by Sofar Los Angeles’ 15:1 ratio of applications to invites). New chapters launch regularly, and with each new Sofar community, more people discover the brand.

Dean Davis, the US-based Community Manager, Skypes in from a coffee shop in Nashville. He’s on his third double shot of espresso for the day, but that’s not the cause of enthusiasm in his voice. Davis, a drummer who studied entrepreneurship at Berkelee College of Music, helped start the Sofar Boston chapter in 2013. Since then, however, he moved to Nashville to work in the music industry and began with Sofar full-time.

“It’s always been a company that I wanted to work with,” he says. As Sofar’s Community Manager, he works with all of the chapter leaders around the world to offer guidance and support. “It’s giving our generation back the power and saying what we like to listen to. We’re starting this revolution where we’re telling people exactly what we want to hear, and we’re giving these artists that power to thrive.”

One of Davis’ responsibilities includes connecting Sofar leaders and communities, as well as touring bands between them. He mentions To Kill a King as a prime example. The British alternative rock group joined Frank Turner and Bastille for its first tour through the United States. But because To Kill a King had played Sofar London shows before, Davis was able to connect the band with US-based Sofar communities. “We had it supplemental to their tour,” he explains. “So, in Nashville, they had a show at the Mercy Lounge. Before that Mercy Lounge show, we had them play a Sofar show so that they could sell tickets.”

Davis also mentions that To Kill a King performed at Sofar shows in Austin, New York, and Philadelphia during this tour. “They enjoyed the fact that they had a built-in family. We put them up. We fed them. We did all this kind of stuff because we are really ecstatic about the music.”

Most frequently, though, Davis helps establish new Sofar chapters and assist volunteer leaders in organizing the shows and maintaining the brand’s identity. He cites the challenges of understanding cultural differences in international cities such as Rio de Janeiro, while also making sure that bands in the likes of Milwaukee don’t face competition from nearby metropolises like Chicago.

Sofar Miami, which relaunched in June, encapsulates how this international brand can still hold such an impact in diverse cities around the world. Vincent Roazzi, Miami’s city leader, discovered Sofar through a friend while living in New York City. He began photographing Sofar shows in New York and helped launch the Miami chapter when he moved to the Magic City. Working with Davis, Roazzi and the rest of the Miami volunteer team have been able to cultivate a small-but-growing community of Sofar converts.

Likewise, says Davis, those at Sofar HQ “trust that [city leaders] have been able to keep the magic flowing in each city.”

Miami’s relaunch took place in an arts district-based warehouse, while one of the team leaders opened up his downtown apartment for the chapter’s second show. True to the brand, the only way guests knew they were in the right places were the 8.5″ by 11” pieces of printer paper with the Sofar Sounds logo that were taped to the walls near the two locations.

With the Miami chapter still in its infancy, Roazzi and company are perfecting details such as the arrival times for volunteers, bands, and guests, set changes, and even the air conditioning. “That shit has to be on full blast from the beginning!” he admits, laughing.

Elastic Bond, a Miami-based band self-described as “urban tropical funk” and signed to Nacional Records, performed at the very first Sofar Miami show and members were spotted attending the big relaunch event in June. Having performed at and watched Sofar shows, singer Sofy Encanto says, “It was a very warm atmosphere. People were really listening. That was a highlight about it — people go there to listen.” She continues, “I know that’s the mission, to bring bands to an atmosphere where people are listening and maybe not talking over the music and stuff like that. I think they’re doing a great job at it, bringing a house party vibe in the middle of the week somewhere, anywhere in the world. It’s a really great concept, and we had a great time when we performed here.”

Keyboard player, producer, and musical director Andres Ponce agrees, adding, “What I really like is that there’s no profit mentality involved with it. It’s for the love of music and having the best conditions possible for a performance — both for the audience and the artists — with no interruptions and no cell phones.”

Although Sofar Sounds started as a way to experience live music in diverse and pristine settings, it has grown into a true community asset. Those attending Sofar shows share a common interest in the music, and as Davis says, “They’ve become almost networking events where there are people meeting new people. There are relationships being built inside of our shows.”

Offer agrees. By uniting people through music, Sofar shows have a transformative effect within cities. “That never was the mission, but it evolved to that,” he states. “I think in our own small way we can bring the world together. We have had, for example, gigs in Cairo, Beirut, and Tel Aviv, mixing people who might have otherwise made assumptions about the others. Then you realize when the music starts, we have way more in common than we thought.”

Hilary Saunders is a writer based in Miami. She writes for Paste, eMusic, the Miami New Times, and more. Follow her @Hilary_Saunders