The Elephant In The Music Room

by another cultural landslide 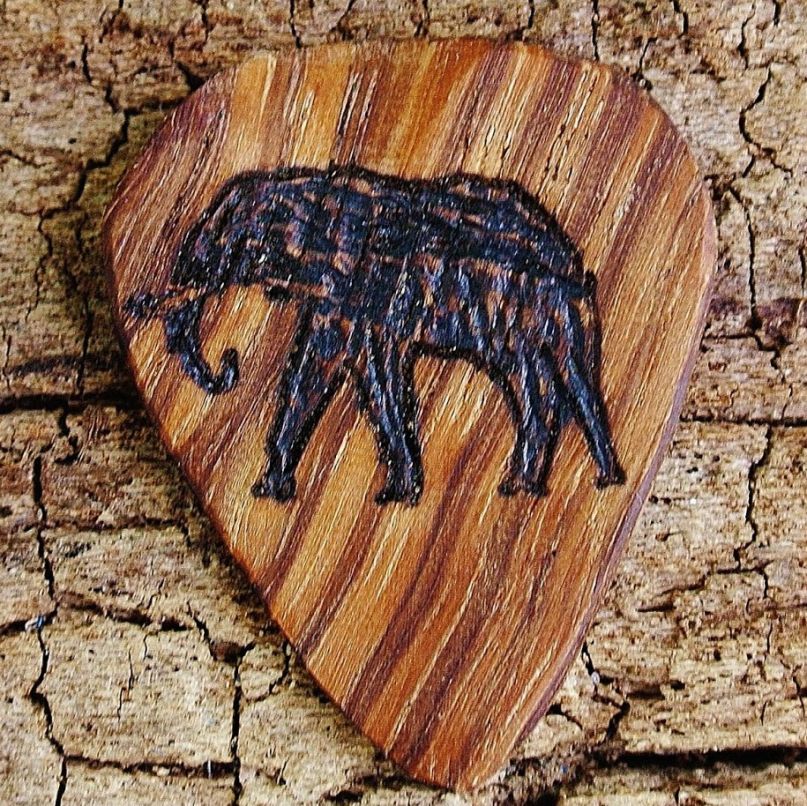 Component is a section of Aux.Out. for one-off pieces, special editorials, and lost orphans of the music discussion. Today, another cultural landslide creates the biggest Aux.Out. ever on music discovery and the services that help us navigate our musical terrain.

There’s an Elephant in the Music Room.

You may not be able to see it, but it’s there.

A few people actually see the elephant; a few more can’t see it but have noticed that something incredibly huge is taking up a lot of space in the room; yet, most people haven’t even noticed that the room is getting smaller – or that there’s this humongous, pissed-off elephant just sitting there, scowling at them.

Oh. Nobody really wants to talk about it, either.

Instead, we hear about lots of divisive discussions between musicians, labels, tech start-ups, writers, bloggers, legislators, and music advocacy groups over issues like streaming royalty rates, copyright infringement, file sharing, fair use, declines in record sales and digital downloads, termination rights, pay-for-play, venues taking larger cuts out of touring bands’ payouts, legislation to force radio stations to pay their fair share for music use on-air, and so on…

But as those battle lines get further entrenched and fortified, the damned elephant just keeps getting bigger; and unless we all deal with this elephant – pretty quickly, too – none of those problems are going to matter.

It’s a freakin’ huge elephant, too; hell, just look at the amount of real estate it covers: as of December 2013, Spotify claimed 20 million songs; in September 2012, iTunes claimed to have over 26 million songs; and in November 2013, Deezer (a service not yet in the U.S. but available in 150 more countries than Spotify) announced a library of over 30 million songs. A more staggering number comes from The Echo Nest, a leading music intelligence company: at the time of this writing, they claim to have identified well over 35 million known songs by nearly 2.7 million artists that have now generated in excess of 1.168 trillion data points. (If you have nothing better to do, you can actually go to their site and watch those numbers grow by the second…)

And yet, the most astounding figure to date appeared in the December 23rd announcement that the Tribune Company had agreed to purchase Gracenote from Sony for $170 million; hidden within their PR boilerplate was the statement that Gracenote – which started in 1998 as CDDB and now provides music identification & recommender systems for clients like Apple, Google, and Amazon – now tracks over 180 million songs.

Meanwhile, the growth in recorded music is expanding exponentially due to order-of-magnitude changes in recording technology, lowering the nut required for musicians to produce and distribute their music; and musicians are taking advantage of those changes at an astounding rate. Soundcloud just reported that people are uploading 12 hours of new material every single minute…

And yet, realistically speaking, there’s no way to accurately quantify how much music is getting released right now, nor how many musicians there really are; and if you start to include the boatloads of older catalog materials and artists that have never been released in a file-based format, it’s nearly impossible to get an accurate grasp of how much music really exists out in the wild.

But wait: that massive mountain of music isn’t the Elephant. That’s just the real estate sitting under its shadow.

Now, even if we apply Sturgeon’s Law (90% of everything is crap) to just those middle-ground Echo Nest numbers, that would mean there’s at least 3.5 million songs by 270,000 artists that have generated nearly 117 billion data points of not-crappy music, and defining crap is often just a matter of taste…

Speaking of taste definition, each day your average, dedicated music writer is besieged by hundreds of promotional e-mails/press releases/one-sheets practically begging the writer to pay attention to a new release, all while the writer struggles to find an outlet that will accept their article pitches from an ever-diminishing number of outlets – outlets that are themselves struggling to reach eyeballs in hopes of increasing advertising revenues and must therefore tighten their coverage to articles that will draw the most eyeballs: that is, what they believe will be popular to their readership.

A cursory scan from opposite ends of the music writing spectrum reveals that Pitchfork published roughly 1,300 reviews over the last year (not including features or aggregate columns), while a mainstream media outlet like the New York Times featured weekly playlists of five or six non-classical releases and three larger reviews per week – roughly around 450 to 500 reviews.

So… there’s all that music out there, just waiting for a set of ears to hear it, and yet all you ever read or hear about are maybe a few thousand releases?

Let’s call it “Lack of Discovery.”

Wait – that’s a terrible name for an elephant…

And it doesn’t sound very threatening, does it? You might even find yourself thinking, “Shit, that’s the way it’s always been!”

Match that mind-boggling volume of available music with staggering shifts in technology and listener habits, and Lack of Discovery rears its ugly head as an alarming and incredibly complex set of problems with potentially catastrophic ramifications for most musicians, and for the recorded music industry itself.

And there are no easy answers.

You’ve probably noticed the heightened use of the term “discovery” within just the last few months; and now that Beats Music has gone live with its “curated by trusted sources” discovery system – and with YouTube due to debut its own dedicated music service and Deezer expected to open up shop in the U.S. later this year – the discussion of music discovery and recommendation systems is about to get a hell of a lot louder.

So, really, is discovery that important?

From the business side of things, you need go no further for an answer than to look at the March 6th pre-emptive purchase of The Echo Nest by Spotify. As reported by Ben Sisario of The New York Times, this deal not only gives Spotify a programming advantage over its competition, but it also seems “to set up a possible conflict for The Echo Nest’s other clients, which include some of Spotify’s competitors” – like Rdio, Deezer, iHeartRadio, SiriusXM, Microsoft’s XBox Music, and Rhapsody – potentially depriving each of them of their primary source for discovery and recommendation data. According to the Times report, The Echo Nest’s CEO Jim Lucchese said his company “would honor its current contracts with these services, but gave no further details.” (Later in this article, you’ll see why this acquisition matters so deeply.)

Another measure of discovery’s value to business interests: on January 15th – the day before Spotify & Rdio preemptively announced that they’re now really really free in their attempts to blunt Beats Music’s initial PR push (now the only advantage in subscribing to either Spotify or Rdio is killing the ads in your streams) – Pandora quietly announced that it had added a recommendations function to the engine that runs its limited library of a little over 1 million songs; within 36 hours, Pandora’s stock price spiked up nearly 5% – reaching a market capitalization of $6.7 billion. (To give you some perspective, Universal Music Group, the world’s largest record label group, generated revenues just a little south of $6 billion in 2012.)

These services and their investors see discovery’s effect on user engagement – and more importantly, keeping users engaged – as absolutely vital to the long-term health of their business models; and if you go back though the last six months of music-service press announcements, read them in chronological order and parse them carefully, you might pick up on a sense of increased urgency for these services to emphasize their discovery features.

For musicians, how can discovery be a more important problem than the issues of low royalty rates paid for music streaming, or the claims that streaming is cannibalizing sales?

Well, using simple horse-in-front-of-cart logic, how are you going to collect royalties, or sell your music, or even have a remote chance at a sustainable life as a musician if nobody even knows you exist? Faced with the current overwhelming abundance of music, unless your potential listener has even the slightest clue to look for you, their odds of discovering your music is similar to your odds of plucking a single perfect snowflake out of a raging blizzard.

And if you’re an established artist and you think discovery won’t affect you, then you might be overlooking the long-term impact that this lack of discovery will have on the overall ecosystem of recorded music.

As a listener, discovery could become the deciding factor of whether you stay with downloads or physical product, move to a free streaming system, adopt a subscription model, dump a service entirely, or even give up on looking for anything new to listen to – all because of what or how something is recommended to you.

In his January 3rd essay, The Wall Street Journal’s John Jurgensen writes about facing this abundance of music without some form of easy and meaningful recommendation as “one reason why we fall back on the same stuff we’ve been listening to since senior year in high school,” and even coining a great new term for it: “search-bar paralysis.” Basically speaking, you are overwhelmed by choice… and yet, with so many choices available to you, you have no way of differentiating the signal from the noise. So, in the end, you don’t choose anything at all.

If what you’re listening to is what you’ve always listened to, you are much less likely to plunk down money for a new album or, in the case of streaming services, a subscription; and if you listen to a free version of a service with a narrow spectrum of choice – leaving the vast number of musicians out in the cold, looking in – and are subjected to an ever-spiraling number of ads to make up for that service’s lack of subscription revenue, then you might as well be listening to radio.

And coincidentally, the market that many of these outlets and services now seem to be targeting just happens to be the same turf mainstream radio lives within – a decision that may well be their biggest mistake. (More about that later, too.)

Yet bad recommendations can often be more problematic than search-bar paralysis; in the three months we’ve been working up this article, we’ve seen dozens upon dozens of remarkable tweets about problematic service recommendations – for example, this classic from Stephen T. Erlewine, senior editor of All Music Guide:

Or this one by writer Michele Catalano:

Clearly, there are some big problems facing music discovery and recommendation systems; but now, if it’s so damned important, how do we fix “discovery?”

view all
Next
Mystery Mask Multi-Packs Now 50% Off
Introducing the Newest CBD Flower Strains
The Legacy of 2Pac's All Eyez on Me 25 Years Later
Once a Meme, Now a Benefit T-Shirt for Music Crews
Previous Story
Dinosaur Jr., An Oral History by Dinosaur Jr.
Next Story
Truth vs. Celebrity: How Do We Separate the Artist from the Art?
Popular
More Stories
[fu-upload-form form_layout="media" title="Submit Your Photo"][input type="hidden" name="ugc" value="1"][/fu-upload-form]