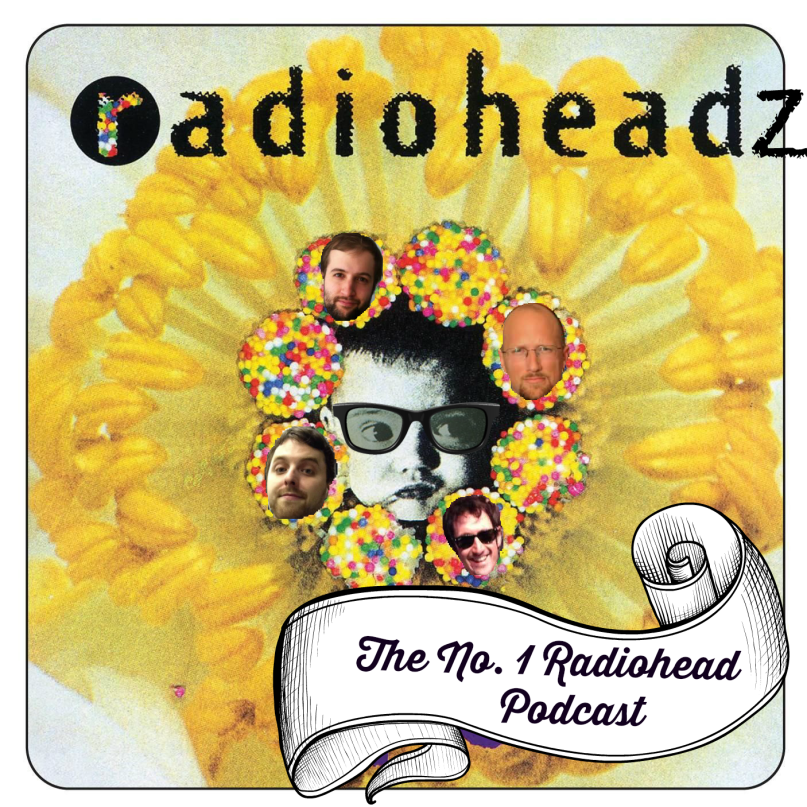 Radiohead is not one of those bands.

Realizing that there’s a dearth of serious online discussion about arguably the greatest rock group (if we can even call them a rock group) to ever come out of England, we at Consequence of Sound decided to actually do something about it as we count down the months to their next masterpiece. We decided to record Radioheadz, the No. 1 Radiohead podcast on the Internet.

Be warned: This is not your typical Radiohead podcast. Knowing that we wanted to dig deeper into their discography than anyone in the history of music criticism, we wrangled the foremost Radiohead experts on our staff to share their insights on the band, one album at a time: Dan Caffrey, Randall Colburn, Justin Gerber, and of course, Editor-In-Chief Michael Roffman. And who knows? Maybe you’ll meet some surprise guests along the way. It could be our engineer, Adam Kivel. It could be Stanley Donwood. It could even be the members of the band themselves. We’ll see. And so shall you.

First up is Radiohead’s 1993 debut, Pablo Honey. In this inaugural installment, you’ll hear unique observations about this achingly raw yet stunningly powerful record, from its rarely talked about cinematic nature to how Thom Yorke‘s diet may have influenced his confessional lyrics.

Support The Boss with Our New Shirt
CBD, Pre-Rolled and Delivered Right to You
What Comics Tell Us About the New WandaVision
Limited Edition Masks While Supplies Last
Previous Story
Hanks for the Memories Episode 12: Larry Crowne
Next Story
Hanks for the Memories Episode 13: The Money Pit
Popular
More Stories
[fu-upload-form form_layout="media" title="Submit Your Photo"][input type="hidden" name="ugc" value="1"][/fu-upload-form]